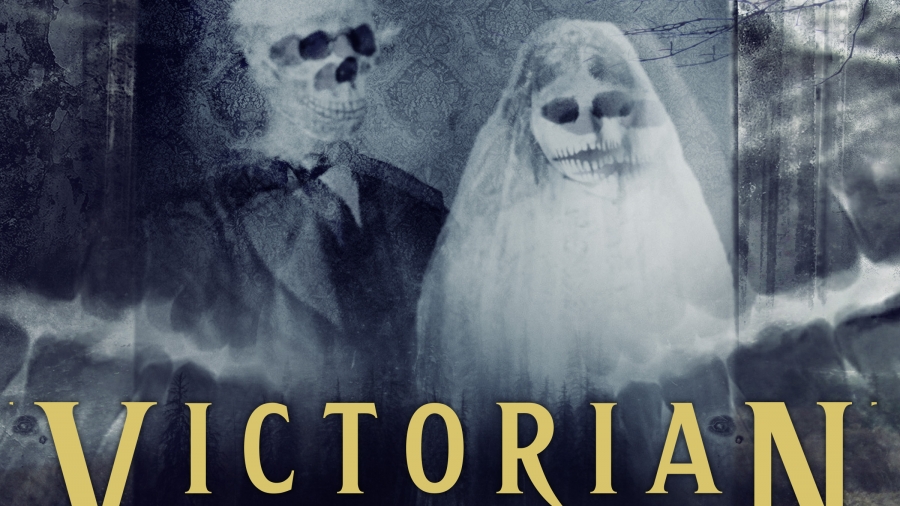 Full of young man’s bravado, a gentlemen accepts a Christmas wager to spend the night in a notorious haunted house, Number 90, located somewhere in the vicinity of Charleston’s Battery in South Carolina. After an eventful night he resolves to endure a second… but could it also be his last?

Number 90 is a standalone enhanced audio tale from B7 Media’s Victorian Anthologies series, featuring short stories by classic writers of the spooky, the scary and the supernatural. Guaranteed to give you the shivers, each collection includes familiar and loved creepy tales as well as those less well-known.

Notable audio dramas include Ray Bradbury’s The Martian Chronicles, cult BBC sci-fi series Blake’s 7, the critically acclaimed series Dan Dare (inspired by the 1950s Eagle comic) and the multi-award-winning dramatisation of Isaac Asimov’s I, Robot. B7 also produces highly topical drama including the recent adaptation for Radio 4 of Sumia Sukkar’s debut novel The Boy from Aleppo who Painted the War and the upcoming documentary-drama series revealing the untold story of The Space Race.

Find out more at: www.b7media.com 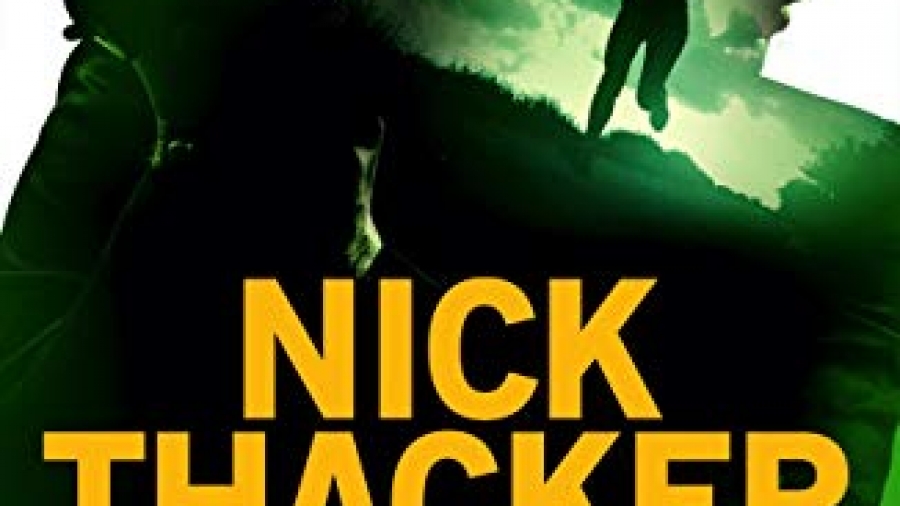 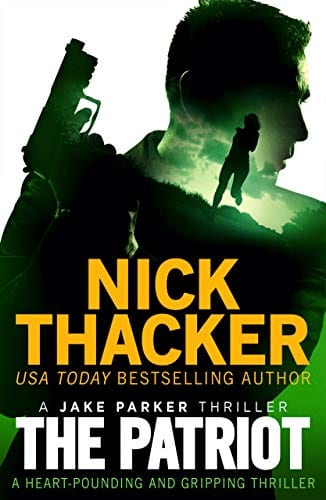 “I can help you find the man who killed your wife.”

Officially, Jake’s wife Mel was an unlucky bystander during a sudden terrorist attack, but Jake has always felt there was a missing piece of the puzzle.

When McDonnell tells him that his team has been tracking the group responsible, it’s Jake’s opportunity to finally lay Mel’s ghost to rest.

McDonnell believes that the terrorist cell is linked to one of the big pharma companies operating out of Puerto Rico, and he needs Jake’s skills on his team for one specific task: find the link and take them down. But as soon as Jake arrives, the plan begins to crumble. Focused on targeting the group members one at a time, the team on the ground won’t listen to Jake’s insistence that they look at the bigger picture.

When Jake meets bio-chemist Veronique, they hit it off. But when she confesses her fears that her employer is manufacturing a drug for the US market with deadly side effects, Jake realises that the terrorists have raised the stakes, and more innocent lives are at risk if he doesn’t act fast. Then Veronique is kidnapped. Unable to trust anyone around him, Jake is pushed as never before to find Vero while taking down the evil organisation before they strike at the US population…

A non-stop action thriller from a USA Today bestselling author. An unputdownable read for fans of David Baldacci, I Am Pilgrim and Jack Ryan. 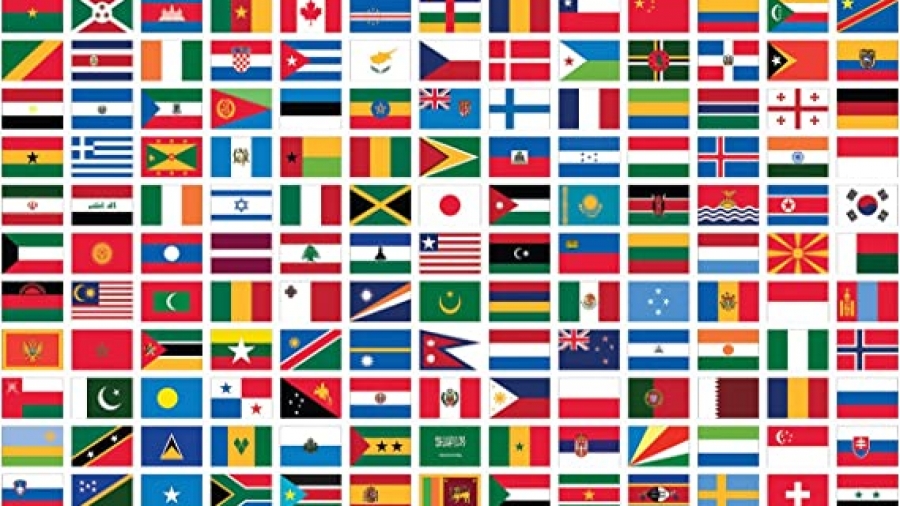 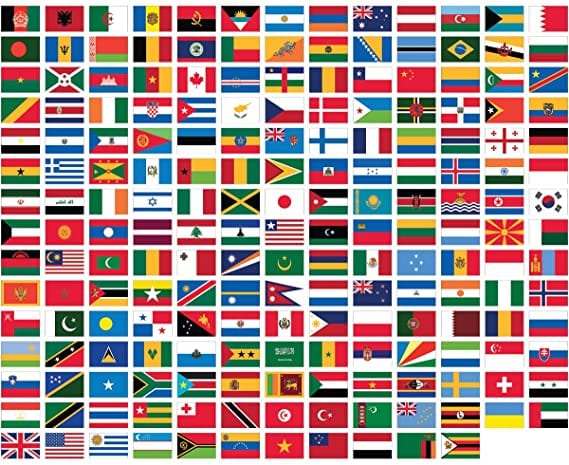 Apparently, no one  *thinks* they have an accent, but my dialogue coach friends assure me, everyone does!

My accent, a product of classical vocal training during my childhood in suburban New Jersey and an adult life spent living and working all over The World, is best described as Mid-Atlantic, Trans-Atlantic, International or – my personal favourite –  ‘American but not too American’.

Whatever you hear when you hear me, it’s always given me great pleasure to be invited to provide recordings for English Language Training (ELT).

I now provide ELT Study Materials for the state education systems in several European countries. The latest is a primary school guide for one of my absolute favourites, Italy – Ciao Bambini !!

This has led me to conclude that, although some may think that I  *have an accent*,  in several European countries, at least,  I am – The Way English is Supposed to Sound … apparently! 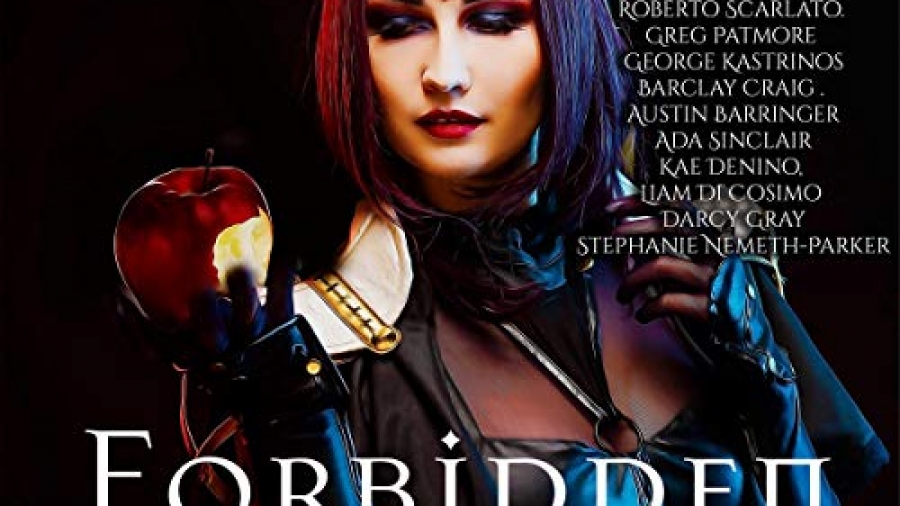 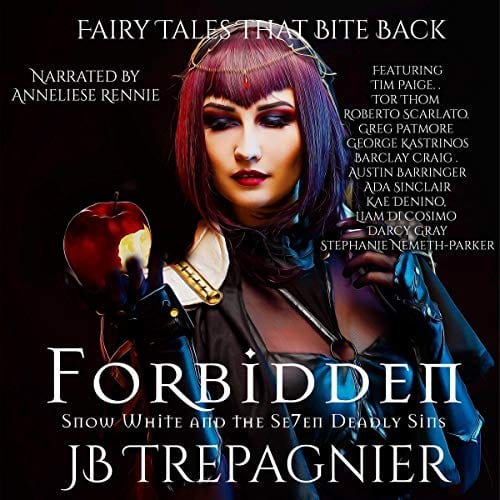 With a crazy-mad story line, all-star cast of narrators and seriously steamy reverse-harem action with ‘Snow and The Sins’  there’s something for everyone!

She’s used to demons and voodoo, what she was not expecting was for life to become a fairy tale, complete with her own wicked Stepmother.

Her awful stepmother is the Voodoo Queen of New Orleans.  She’s always hated her stepdaughter for being a succubus.  It just got a hundred times worse, after her father died mysteriously.

Snow inherits the family company, but, can’t remove her evil stepmother because she’s made the entire board her zombies. After another board meeting goes against her, Snow decides to let off a little steam with an intern from accounting…how was she supposed to know he was the Evil Stepmother’s pet?  Now, the Evil Stepmother is out for blood. 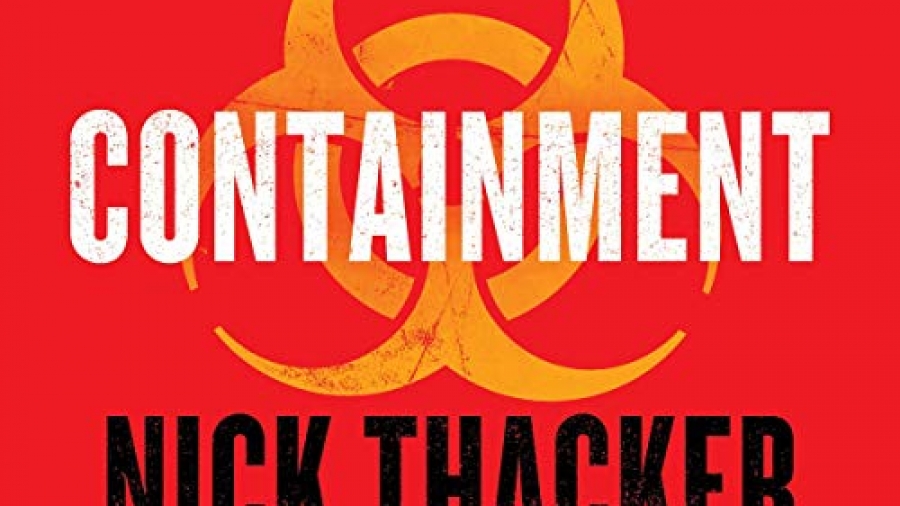 When there’s nothing left to lose, there’s no limit to what you’ll risk.

Jake Parker’s world collapsed with the violent death of his wife during a police-led raid. In the awful aftermath, he hung up his detective’s badge for good. Now ex-military, ex-police, he has embraced a simple civilian life. But when a deadly new disease begins to threaten American lives, Jake is dragged out of his self-imposed retirement.

When a young family at a remote detention center die from a mysterious illness, Jake is contacted by a government official to launch a covert investigation. An unknown disease has entered the system, causing agonizing death and visible signs of blood pooling beneath the skin, and it seems to be spreading. If Jake can’t get on the ground quickly to eliminate the threat before it becomes an epidemic, countless more innocent lives could be at risk.

With the help of medical Professor Eliza Mendoza, Jake heads to the border, but what they uncover there is evidence that this devastating disease is man-made and part of a calculated plot aimed right at the heart of government. With powerful forces ranged against him, Jake must use all his ingenuity to bring down the ruthless organization behind the attack. Failure is not an option.

A pulse-pounding action thriller from a USA Today best-selling author. Fans of David Baldacci, I Am Pilgrim, and Jack Ryan will be gripped.

Diversity and Inclusion in the workplace are more than just words for multinational freight and delivery firm DHL, it’s essential to keep their international operations running efficiently.

Because many DHL Parcel Delivery employees don’t speak English as a first language they needed a clear, articulate and neutral English voice for their eLearning content – which is where I come in. 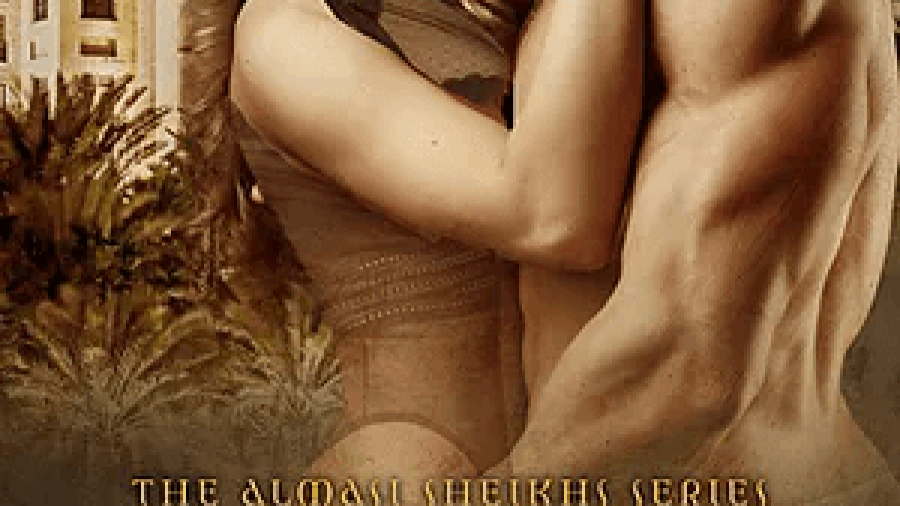 The third and final installment of Leslie North’s Almasi Sheikhs Series is now available on Audible, Amazon and iTunes -HOORAY!

Extra special thanks to enigmatic authoress herself Leslie North and, of course, the lovely folks at Relay Publishing.

You can learn more and listen to a sample at HERE.

Thanks for your patience, and Thanks for Listening!

Preparing to start production on my first horror title! ‘Children of Chaos’, by award-winning author Greg F. Gifune, is a deeply dark, deeply frightening treatment of Joseph Conrad’s ‘Heart of Darkness’, the novel behind the film ‘Apocalypse Now’.

In a torrential downpour, Phil, Jamie and Martin-three teenage boys-encounter a strange and enigmatic man covered in horrible scars who will change their lives, their destinies and the very fate of their souls forever. When their encounter mistakenly leads to murder, they realize this eerie stranger may not have been a man at all, but something much more… Thirty years later the boys-now men-lead tormented lives filled with horrifying memories of the scarred man and what they did all those years ago in the rain. Phil is a struggling writer, divorced, with a daughter and a mounting drinking problem. Jamie is a defrocked priest with depraved secrets and horrible addictions, and Martin, a madman who thinks himself a god, has vanished into a desolate desert region of Mexico and established a feared and violent blood cult. When Martin’s dying mother hires Phil to find her son and bring him home, Phil embarks on a perilous journey that will take him from the seedy streets of Tijuana, to a dangerous and allegedly haunted stretch of Mexican desert road known as The Corridor of Demons. At the end of the road, in an old and previously abandoned church, Martin and his followers wait in the Hell-on-Earth they’ve created deep in the desert. There will be only one chance for redemption, one chance for salvation, and one chance to stop the rise of an antichrist’s bloody quest for demonic power. From the void, came chaos. These are its children.

I may never be the same…

Learn more about Children of Chaos and other titles by Greg F. Gifune HERE 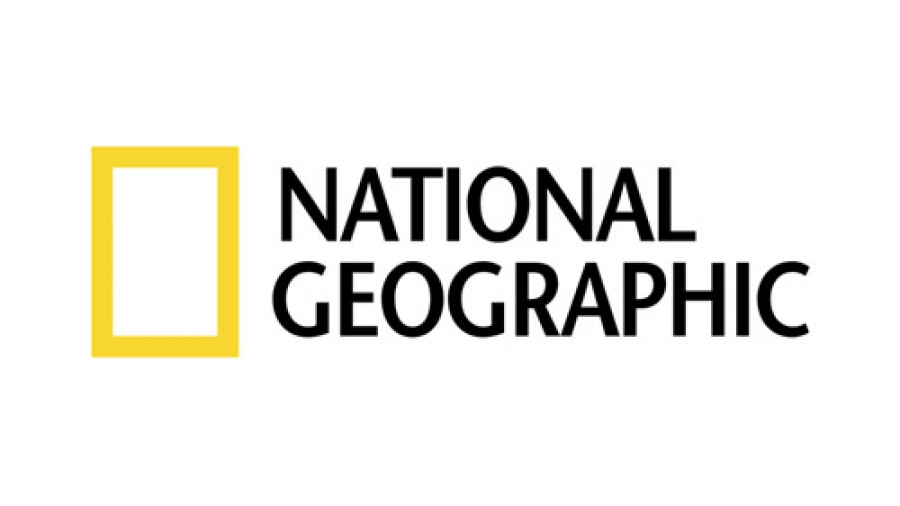 When I has a kid I had two dreams, actually: NASA and National Geographic.

So far, the nearest I’ve come to NASA is visiting Kennedy Space Center.

In the meantime, I’ve read and watched EVERYTHING EVER PRODUCED by NatGeo (really).

Imagine my excitement when I was asked to voice a promo for Nat Geo PLUS, their new on-demand film channel.

Right, that’s one dream down…one to go!  Do you think NASA might be looking for voiceover artists? 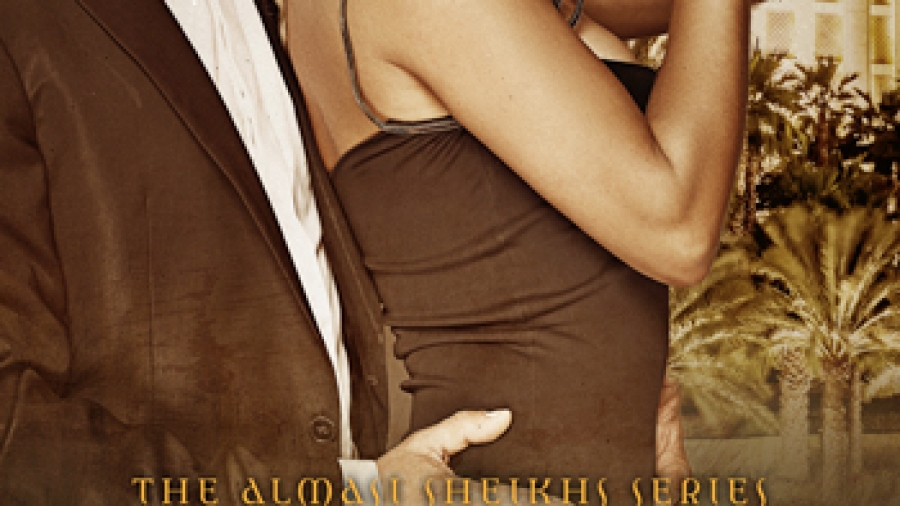 No, I’m not doing Barry White covers…just yet, but, I have been suffering from a bad dose of ‘The Barry Whites’ for a few weeks.

Having finally gotten over it, I’ve just finished the 3rd and final book in Leslie North’s Almasi Shiekhs Series, ‘The Sheikh’s Pregnant Employee’.

Now, with all this ‘Sheikh Shagging’ going on, I suppose it was bound to happen, but, don’t worry – it’s ‘Happy Ever After’ all around!

You can learn about all of Leslie North’s romance titles here: www.leslienorthbooks.com